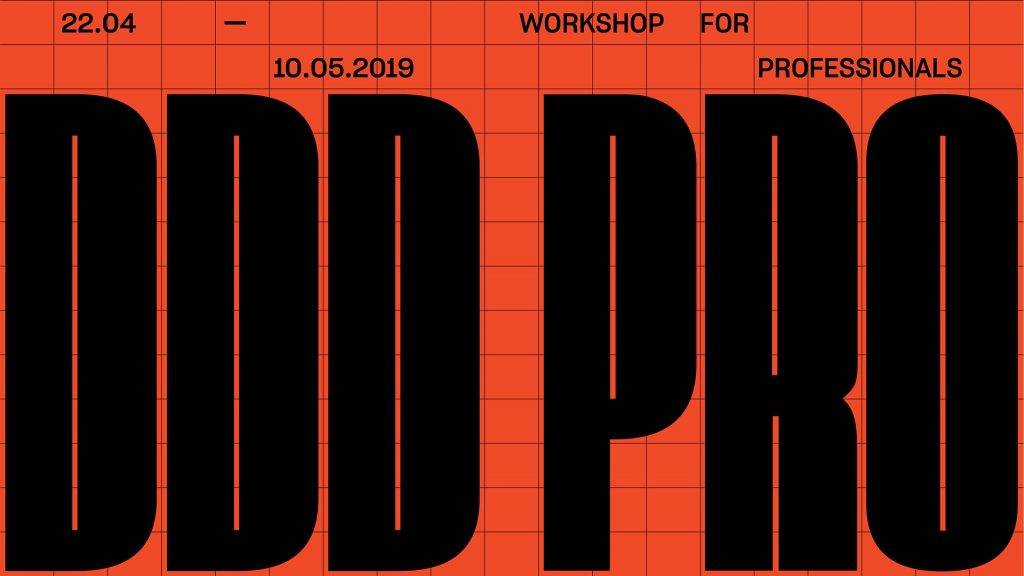 The DDD PRO is a segment of the DDD — Festival Dias da Dança which promotes workshops and training for professional dancers or dance students.

In its 4th edition, the Festival will have, again, a module dedicated to professionals and students of dance between April 22 and May 10, through workshops with Tom Weksler, Marcelo Evelin, Susan Klein, Thiago Granato, Vera Mantero e João dos Santos Martins.

The value of the DDD PRO workshops also includes the DDD Festival Pass Pro with 5 tickets of your choice.

Information about the Workshops: 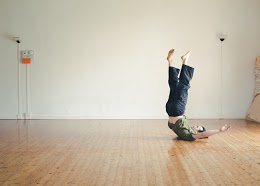 The aim of this workshop is to allow space for personal research and introduce concepts and ideas which I find inspiring and enriching for my artistic works.

Tom Weksler has been practicing Martial Arts and different forms of acrobatic disciplines from a young age. Tom graduated in 2009 from “The Workshop For Dancers and Choreographers in Haifa”. Since 2010, Tom has been dancing with “Inbal Pinto and Avshallom Pollak Dance Company” and performed with the company’s productions in many theatres and festivals around the world. Tom is currently performing around the world the performance “Collective Loss Of Memory” – choreographed by “Rootlessroot” (Jozef Fruček and Lind Kapetanea) and produced by “Dot504”. Since 2017, Tom has been dancing with Guy Nader and Maria Campos Dance Company. As a creator, Tom has been active since 2012 and he is mainly interested in artistic collaboration and multidisciplinary expression. Among tom’s collaborators for past creations: Mayumu Minakawa, Yogi Dekel, Almog Loven, Matt Mulligan, and Roser Tutusaus. Tom’s movement workshops have taken place in Dance Schools, Circus Schools, Dojos and Professional Companies all over the world. 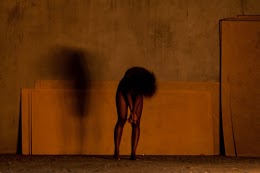 This theoretical-practical meeting is part of his latest creation “Troublemaker”. Horizontally and informally, the proposal is to open the construction site of this creation, sharing physical and performative practices and the conceptual discussions that inspired the process.

Marcelo Evelin born in Piauí (Brazil), is a choreographer, researcher, and performer. He lives and works between Amsterdam and Teresina. Based in Europe since 1986, working with dance and collaborated in projects with artists from various languages also on physical theater, music, video, installation, and occupation of specific spaces. He is an independent creator with his company Demolition Incorporada, established in 1995, and teaches at the Mime School of Amsterdam, Holland, where he also guides students in creative processes. He directs workshops and collaborative projects in several countries in Europe, USA, Africa, Japan, South America, and Brazil, where he returned in 2006 and since then he has also been acting as manager and curator, having deployed in Teresina, Núcleo do Dirceu (2006-2013), an independent artist collective and research and development platform for Contemporary Performing Arts. In March 2016 he opened in Teresina, along with the cultural manager Regina Veloso, CAMPO, a new space to think, practice and disseminate art and related disciplines, and as part of the studio Demolition Incorporada. His performances Matadouro (2010) and Suddenly everything is black with people (2012) were presented in more than 18 countries and are still on tour. With the participation of more than 300 performers of different nationalities, Batucada (2014), a “performative event”, continues in diffusion. Sick Dance, his latest creation, is inspired by the universe of Tatsumi Hijikata / JP. It premiered in May 2017 at the Kunsten Festival des Arts / Belgium and toured in Europe, Brazil, and Japan. The Invention of Evil, it’s most recent creation that will premiere in April 2019, in Teresina, Brazil. 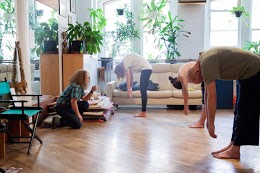 We will focus on a pivotal concept of Klein Technique™, moving from the deepest structural and energetic tissue of the body, the bone. We will explore the anatomy and function of the muscles of deep structural support: the psoas, the hamstrings, the pelvic floor, and the external rotators.

Susan Klein has been developing and teaching Klein Technique™ since 1972, teaching daily classes in New York City at her studio The Susan Klein School of Movement and Dance. Since 1989 she has been traveling throughout the world teaching intensive workshops in Klein Technique™. Klein Technique™ is a result of a serious knee injury and developed out of Susan’s personal journey to get well. It serves as a way for people to work through their individual injuries to understand and improve the workings of their bodies, to heal themselves and become better dancers. Her main influences in developing her work are Irmgard Bartenieff, Dr. Fritz Smith, and Professor J. R. Worsley. Susan has a private practice as a Movement Therapist, Certified Zero Balancer, Senior Zero Balancing Teacher, and Traditional 5 Element Worsley Style Acupuncturist, L. Ac., B. Ac. (UK), M.Ac. (USA), Dipl. Ac. (NCCAOM). 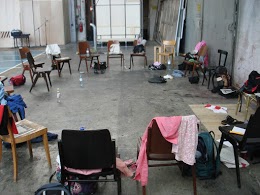 This workshop is part of a larger project entitled Choreoversations which is choreographic research that combines creation, documentation, self-education and the production of a trilogy of solo pieces based on different imaginary collaborations between dead and living choreographers, as well as those not yet born.

The Brazilian performer and choreographer Thiago Granato lives in Berlin. His performances have been shown in Brazil, Uruguay, Israel, Spain, Germany, Sweden, Italy, France, the Lebanon and South Korea. He has collaborated with Lia Rodrigues, Cristina Moura, Mathilde Monnier, Jefta van Dinther and others. He took part in the Ex.e.r.ce 8 programme of the Centre chorégraphique national de Montpellier, and teaches at the Cullberg Ballet in Stockholm, the Modern Theater Dance Department of the AHK in Amsterdam, and elsewhere. In 2013/14 he was a fellow at the Akademie Schloss Solitude in Stuttgart, where he developed his current project, “CHOREOVERSATIONS”, which combines education, research, creation and the production of a trilogy of dance solos. www.thiagogranato.com

Relaxation, the use of voice, writing, breathing, and free association are some of the means being used in this workshop in order to get to the actions, structures, and wishes of composition that help us at this moment.

Vera Mantero studied classical dance with Anna Mascolo and was a member of the Gulbenkian Ballet between 1984 and 1989. She has become one of the key names in New Portuguese Dance, having started her career as a choreographer in 1987, and having presented her work throughout Europe, as well as in Argentina, Uruguay, Brazil, Canada, South Korea, USA, and Singapore. She has also engaged in voice work since 2000, singing the songs of several authors, and co-creating experimental music projects. In 1999, Culturgest organized a retrospective of her work to date, which was called“Mês de Março, Mês de Vera” [Month of March, Month of Vera]. She represented Portugal at the 26th São Paulo Biennial (2004) with “Comer o Coração” [Eating Your Heart Out], which was created in partnership with Rui Chafes. She received the Almada Award (Ministry of Culture, 2002) and the Gulbenkian Art Award (2009) for her career as creator and performer. 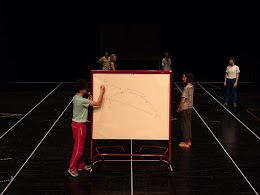 Starting from an analysis of choreographic regimes established as relationship systems, it is proposed to read, discuss, construct and practice different scores.

João dos Santos Martins was born in 1989. He has been working as a choreographer and performer since 2008, combining his work as a writer with such multiple collaborations as “Le Sacre du Printemps”(2013), with Min Kyoung Lee, “Self-entitled” (2015) with Cyriaque Villemaux, and “Anthropo-scenes” (2017) with Rita Natálio.